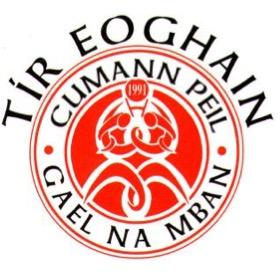 Tyrone GAA officials have stuck to their guns in a row over a major fixture clash which is set to divide clubs and families this weekend.

The CCC has refused to agree to appeals for changes to this weekend’s football championship fixtures, which clash with Sunday’s All-Ireland Ladies IFC final, in which Tyrone face Tipperary at Croke Park.Eight of the Red Hands’ starting fifteen are from clubs which will play championship games back home on the same day, with supporters and family members forced to choose between club and county.

A statement from the Tyrone Competitions Control Committee (CCC) said every effort had been made to avoid a clash, with games fixed for Sunday kept to a minimum, in order to allow as many supporters as possible to travel to Dublin.

However, four championship games are to be played on Sunday, involving the clubs of eight of the Ladies starting fifteen.

Ironically, Tyrone is the only county in Ireland to have a female county chairperson.

The CCC also stressed that it must ensure that the three club football championships are completed in time for county representatives to compete in the Ulster Club Championships.

The CCC has responsibility within Tyrone for the organisation of all competitions and that it has taken full cognisance of the Ladies All-Ireland Intermediate football final next Sunday, when drafting the County's championship fixtures for next weekend,” said the statement.

“Tyrone CCC's major responsibility at present is to ensure that Tyrone will have winners decided upon to take their places in the forthcoming Ulster Club championships at senior, junior and intermediate levels.“In drafting the programme of fixtures for next weekend, and within the constraints referred to, the CCC has ensured that the minimum number of games possible will be played on Sunday, thereby allowing as many patrons as possible to travel to Croke Park in support of the Ladies' team.