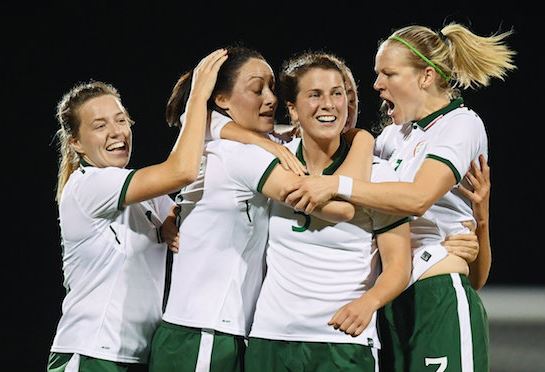 The Republic of Ireland Women's National Team made a winning start to their FIFA 2019 World Cup qualification campaign on Tuesday night with a 2-0 win over Northern Ireland - and Donegal girls played their part.

Tyler Toland and Amber Barrett made their senior international competitive debuts coming on as substitutes in the final ten minutes.

Colin Bell's side controlled the game throughout and went ahead on the stroke of half-time as Rachel Furness headed into her own net.

Megan Campbell doubled the lead half-way through the second-half with a brilliant strike as Ireland claimed an important three points.

Toland, who has also been called into the 17s squad replaced Campbell for the closing minutes while Barrett who plays her football with Peamount came on for Stephane Roche.

Manager Colin Bell says it was a confident performance by his side.

Next up for Ireland is a trip to Slovakia in October.