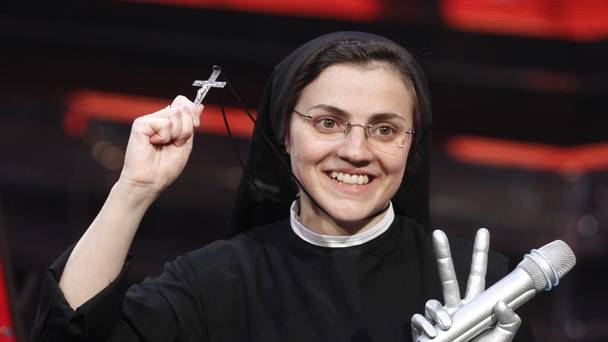 Calling all members of the clergy - Ireland's Got Talent is on the lookout for nuns and priests with something special for the new series.

The TV3 show was launched two weeks ago and producers have already received thousands of applicants.

However, they're still holding out in hope that a singing nun or a dancing priest will make their talent known.

"The producers are shocked with the response they've got," a source said.

"They were hoping a lot of people would be interested but they never thought they'd get as many applicants as they did.

"What they really want to see now are nuns and priests with special talents. They have been on talent shows abroad in the past and were a massive hit with the viewers."

The Voice Of Italy saw Sister Cristina Scuccia audition for the show in 2014, blowing the judges away with her rendition of Alicia Keys's No One.

Scuccia (29) became a fan favourite and went on to win.

Ireland's Got Talent will be hosted by Lucy Kennedy while Louis Walsh, Denise Van Outen, Jason Byrne and Michelle Visage make up the panel of judges.

Those wishing to take part should apply now on tv3.ie/gottalent.

December 3, 2020
456 new Covid 19 cases have been recorded in the north. There have been an additional 11 Covid related deaths. The death toll in Northern Ireland...