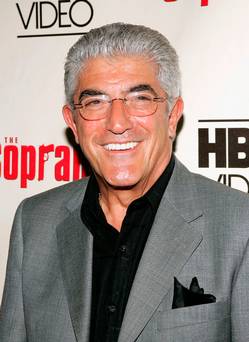 Tributes have been paid to veteran television and movie star Frank Vincent who has died, aged 78.

The legendary actor is best known for playing Phil Leotardo in hit HBO series The Sopranos.

He also portrayed tough guys for director Martin Scorsese in Raging Bull (1980), Goodfellas (1990) — as the real-life Gambino gangster Billy Batts, he with the memorable line, "Go home and get your shine box!" — and Casino (1995).

TMZ is reporting that Mr Vincent died of complications from heart surgery in New Jersey.

Vincent was born in North Adams, Massachusetts, and raised in Jersey City.

His Sopranos co-star Vincent Pastore announced the death on Facebook.

he wrote: "We just lost Frank, may he forever rest in peace, a great legacy."

December 2, 2020
There have been 416 new cases of coronavirus in the north in the last 24 hours. 4 additional covid related deaths have been recorded. The death...