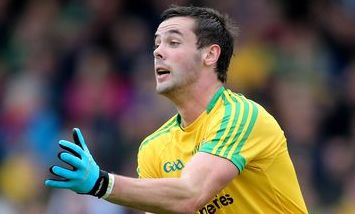 Donegal men were to the fore as Donegal won the New York Senior Football Championship title on Sunday night.

Gaoth Dobhair’s Odran MacNiallais put in a man of the match performance as Donegal beat Monaghan 2-13 1-8 at Gaelic Park.

Along with MacNiallais, Leo McLoone, Ross Wherrity, Anton McFadden, Steven Doak and Peter Witherow were just some of the other Donegal players that featured.

It’s a first championship medal this season for McNiallais and McLoone but which of the duo will win a second.

Both their clubs, Gaoth Dobhair and Naomh Conail, progressed to the Michael Murphy Sports and Leisure Donegal Senior Football Championship semi-finals at the weekend.

They will face each other on Saturday 30th September in the second semi final after Sunday’s draw.

December 4, 2020
The Minister of State for European Affairs says the bones of a draft Brexit trade agreement are there in most areas, but fisheries and...