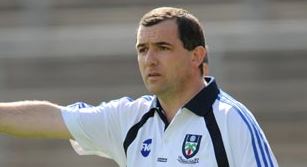 The search for a new Donegal senior football manager continues and the Co. Board is officially inviting applications with a deadline of August 26th being set.

The rumour and speculation mill is in full swing and among the names to emerge are Seamus ‘Banty’ McEnaney and Pete McGrath.

The Irish News has reported that it is understood that senior figures within the county are lobbying strongly for McEnaney to be handed the reins.

The Corduff man led Monaghan to two Ulster finals during a six-year stint in charge of his native county from 2004-2010.

After leaving the Farney job, McEneasy had a spell with Meath and McEnaney made his return to the inter-county scene with Wexford this year, leading them to promotion from Division Four.

However, after a disappointing Championship, during which they lost to Carlow in Leinster before being dumped out of the Qualifiers against Monaghan, McEnaney suggested his future was up in the air.

Pete McGrath’s name has also been mention as have several others with outgoing Donegal Under 21 manager Declan Bonner still the favourite for the post.

December 5, 2020
Donegal County Council is to write to the Health Minister, the Minister of State for Disability and the HSE to highlight the need for...