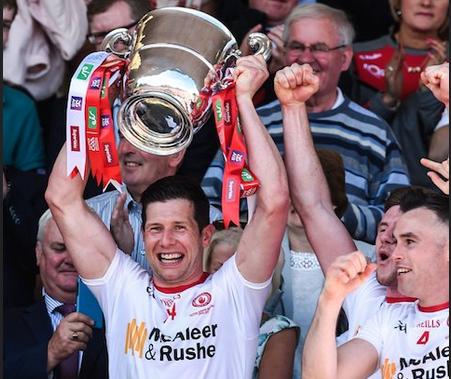 Tyrone manager Mickey Harte has kept faith in the 15 players that started their Ulster Final win ahead of tomorrow's All-Ireland Senior Football Quarter-Final against Armagh at Croke Park.

It means that double goal scorer in that final, Ronan O’Neill, must again be content with a place on the bench.

Captain Sean Cavanagh made his debut in 2002 and will make his 88th championship appearance for Tyrone tomorrow.

Having lifted the Ulster title for the first time in six years in 2016, Tyrone lost to Mayo in the last eight of the All Ireland series.

Cavanagh says the side have learned alot from that defeat.

Highland's Tom Comack caught up with the Moy man ahead of Saturday big derby game at Croke Park...