Mr. Shepard, one of the most important and influential writers of his generation, specialized in capturing the darker sides of American family life.

Sam Shepard, whose hallucinatory plays redefined the landscape of the American West and its inhabitants, died on Thursday at his home in Kentucky. He was 73.

A spokesman for his family announced the death on Monday, saying the cause was complications of amyotrophic lateral sclerosis, or Lou Gehrig’s disease.

Possessed of a stoically handsome face and a rangy frame, Mr. Shepard became a familiar presence as an actor in films that included “Days of Heaven” (1978), “The Right Stuff” (1983) and “Baby Boom” (1987). He bore a passing resemblance to that laconic idol of Hollywood’s golden era, Gary Cooper, and in an earlier age, Mr. Shepard could have made a career as a leading man of Westerns.

A reluctant movie star who was always suspicious of celebrity’s luster, he was more at home as one of the theater’s most original and prolific portraitists of what was once the American frontier. 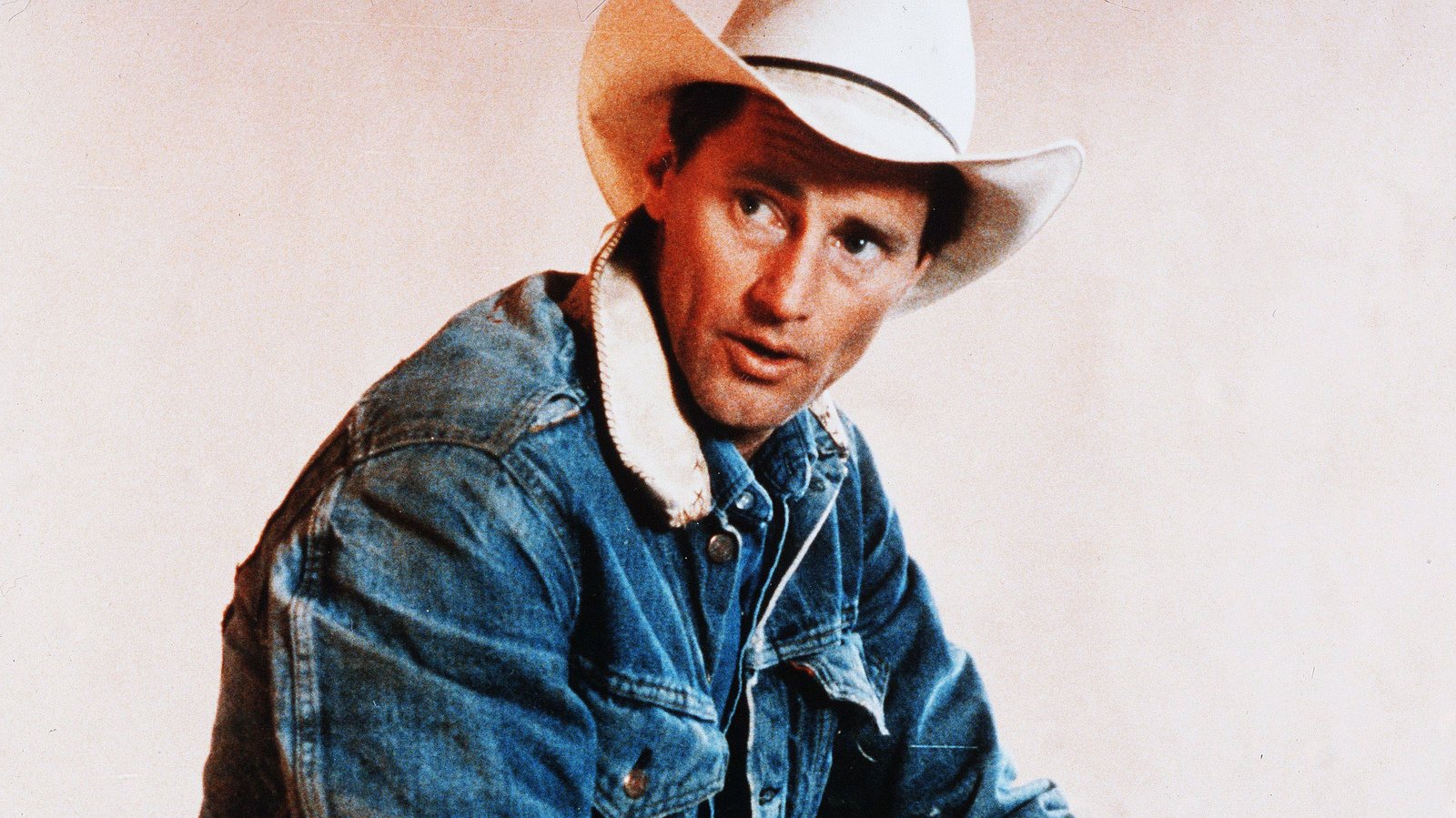 In plays like “True West” (1980), “Fool for Love” (1983) and the Pulitzer Prize-winning “Buried Child” (1978), he dismantled the classic iconography of cowboys and homesteaders, of American dreams and white picket fences, and reworked the landscape of deserts and farmlands into his own shimmering expanse of surreal estate.

In Mr. Shepard’s plays, the only undeniable truth is that of the mirage. From early pieces like “Chicago” (1965), written when he was in his early 20s and staged in the margins of Off Off Broadway, to late works like “Heartless” (2012), he presented a world in which nothing is fixed.

That includes any comforting notions of family, home, material success and even individual identity. “To me, a strong sense of self isn’t believing in a lot,” Mr. Shepard said in a 1994 interview with The New York Times. “Some people might define it that way, saying, ‘He has a very strong sense of himself.’ But it’s a complete lie.”

That feeling of uncertainty was translated into dialogue of an uncommon lyricism and some of the strangest, strongest images in American theater. A young man in “Buried Child,” a bruising tale of a Midwestern homecoming, describes looking into the rearview mirror as he is driving and seeing his face morph successively into those of his ancestors.

Mr. Shepard wrote more than 55 plays (his last, “A Particle of Dread,” premiered in 2014), acted in more than 50 films and had more than a dozen roles on television. He was also the author of several prose works, including “Cruising Paradise” (1996), and the memoir “Motel Chronicles” (1982). Though he received critical acclaim almost from the beginning of his career, and his work has been staged throughout the world, he was never a mainstream commercial playwright.

Several writers who grew up studying Mr. Shepard’s works said that they were struck by his boldness. Christopher Shinn, whose plays include the Pulitzer finalist “Dying City,” said he was reminded of Mr. Shepard’s gifts as a writer while watching “Buried Child” Off Broadway last year.

“I felt the play pulsing with Sam Shepard’s unconscious, and I realized how rarely I feel that in the theater today,” Mr. Shinn said on Monday. “Sam always wrote from that place — a zone of trauma, mystery and grief. Whether the play was more mainstream or experimental in its conception, he took the big risk every time.”

In the relatively naturalistic “True West,” two brothers of opposite temperaments find themselves assuming the personality of the other. (John Malkovich and Gary Sinise made their names in the Steppenwolf Theater Company production; Philip Seymour Hoffman and John C. Reilly memorably traded off the parts in the 2000 Broadway revival.) Roles within families depicted onstage continually shift and dissolve, as in Mr. Shepard’s great “A Lie of the Mind” (1985), the title of which might serve for every play he wrote.

As for love between a man and a woman, Mr. Shepard, whose long relationship with the actress Jessica Lange cast an unwanted spotlight on his private life, described that as “terrible and impossible.” He later explained: “It’s impossible the way people enter into it feeling they’re going to be saved by the other one. And it seems like many, many times that quicksand happens in a relationship when you feel that somehow you can be saved.”

That point of view received its fullest and most rousingly theatrical incarnation in “Fool for Love,” a portrait of possibly incestuous bedmates who spend their lives running away from and toward each other as fast as they can. The play received its first Broadway production only two years ago, starring a ferocious Sam Rockwell and Nina Arianda, in roles embodied three decades earlier by Ed Harris and Kathy Baker.

“I loved Sam,” Mr. Harris said in a statement on Monday. “He has been a huge part of my life, who I am, and he will remain so.”

The dynamic of love in that play, as it is for family in “True West” and “Buried Child,” is the wrestling match. Cast members in Shepard plays are often required to tear down the set, literally (in his early “La Turista,” a young man walked through a wall), and engage in highly physical fights. Bruises, sprains and broken bones are common casualties of appearing in a Shepard production.

But collaborators remembered Mr. Shepard as being easy to work with. “Especially gratifying was the trust he placed in a young director,’’ said Daniel Aukin, who directed “Heartless” in 2012 and “Fool for Love” on Broadway. “For such a meticulous artist he was a million miles from precious. After a rehearsal room run-through of ‘Fool for Love’ I was concerned about a bit of blocking. He said, ‘If they’re in the pocket, they can do it standing on their heads.’ ”

Mr. Aukin said Mr. Shepard told him of his illness before they began working on the production, as he did with at least one other recent collaborator. But the playwright largely kept his battle private. He is survived by his children — Jesse, Hannah and Walker Shepard — and his sisters, Sandy and Roxanne Rogers.

Born Samuel Shepard Rogers III on Nov. 5, 1943, he came naturally by his Strindbergian view of love, marriage and family. The father for whom he was named was an alcoholic, nomadic man, and he haunts Mr. Shepard’s work, in the ghostly form of the cynical, romantic narrator of “Fool for Love” and the title character of “The Late Henry Moss” (2005).

Known as Steve Rogers through his childhood and adolescence, the younger Mr. Shepard grew up on his family’s avocado farm in Duarte, Calif. Jobs in his youth included stablehand, orange picker and sheep shearer. He briefly attended Mount San Antonio College, as an agriculture student, but dropped out to move to New York in 1962, having discovered jazz and the plays of Samuel Beckett.

Mr. Shepard was soon writing plays in which characters and images melted into one another, suggesting a poetically cadenced LSD trip. (Mr. Shepard admitted to free acquaintance with drugs in that phase of his life.) Of that era in downtown Manhattan he has said, “You were right in the thing, especially on the Lower East Side. La MaMa, Theater, Genesis, Caffe Cino, all those theaters were just starting. So that was just a great coincidence. I had place to just go and put something on without having to go through a producer or go through the commercial network.”

His work extended to the music world. He wrote songs with John Cale and Bob Dylan, notably “Brownsville Girl,” from Mr. Dylan’s 1986 album “Knocked Out Loaded,” and he played drums for a time in a group called the Holy Modal Rounders, who once opened for the progressive rock group Pink Floyd. (He also had a well-publicized relationship with the singer-songwriter Patti Smith.)

Besides acting in films, he directed a few, including “Far North” (1988), which he wrote and which starred Ms. Lange. Mr. Shepard wrote or collaborated on screenplays for, among others, the directors Michaelangelo Antonioni (“Zabriskie Point,” 1970), Robert Frank (“Me and My Brother,” 1969) and Wim Wenders (“Paris, Texas,” which won the top prize at the 1984 Cannes Film Festival).

Another screenwriting collaboration was with Mr. Dylan, for his widely panned, self-referential 1978 film “Renaldo and Clara,” described by one critic as a “four-hour fever dream” about the rock ‘n’ roll life.

Most recently he portrayed the patriarch of a troubled Florida family in the Netflix series “Bloodline.” But the role that may have matched actor and subject most neatly was Chuck Yeager in “The Right Stuff,” Philip Kaufman’s adaptation of Tom Wolfe’s book about the early days of the space program. It earned Mr. Shepard an Oscar nomination.

“He was playing Yeager, but for the other actors who worked with him, he was Sam,” Mr. Kaufman said in a phone interview on Monday. “He was such a cool guy with as perfect an ear as I’ve ever come across. He could hear and reproduce sounds in a way — I don’t know — that maybe Bob Dylan could do.”

Speaking of how he creates his characters, Mr. Shepard once perfectly summed up the artful ambiguity that pervades his work and is a principal reason it seems likely to endure: “There are these territories inside all of us, like a child or a father or the whole man,” he said, “and that’s what interests me more than anything: where those territories lie.

“I mean, you have these assumptions about somebody and all of a sudden this other thing appears. Where is that coming from?

Correction: July 31, 2017
An earlier version of this article misidentified Chuck Yeager’s occupation in “The Right Stuff.” He was a test pilot, not an aspiring astronaut.