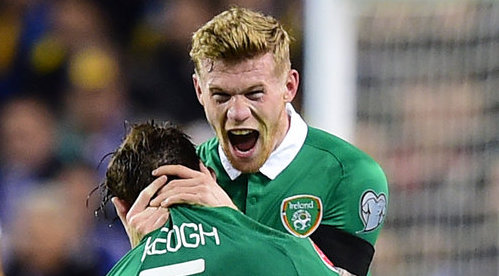 James McClean faces a race to be fit for Ireland's upcoming World Cup Qualifiers against Georgia and Serbia in early September.

The winger suffered a bruised bone in his knee in West Brom's pre-season friendly against Bristol Rovers on Saturday.

The Baggies say he'll mess their final pre-season games against Port Vale and Deportivo La Coruna and will be assessed again ahead of the start of the Premier League season.