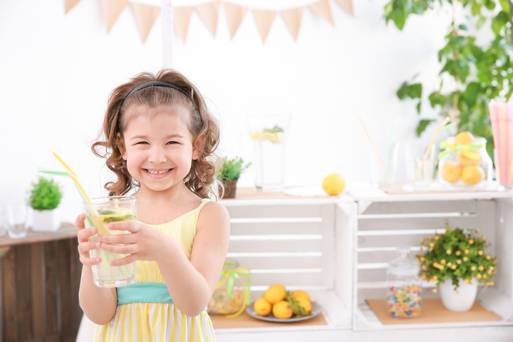 And rightly so - without rules there would be chaos.  But sometimes, just sometimes, it's advisable to employ a little common sense and maybe bend those rules.

The 5-year-old was promptly fined £150 by a worker for Tower Hamelts Council for not having a permit to trade in the location.

Spicer said his daughter burst into tears and said, "I've done a bad thing" after she was fined.

The council has since cancelled the fine and apologised.

The little girl came up with the idea of of the stall by herself and her dad helped her to whip up the lemonade in a blender.

Speaking to the Telegraph, Mr Spicer revealed that after bout 30 minutes, "four local council enforcement officers stormed up to her little table."

They issued her with a £150 fine because she didn't have a trading permit.

"My daughter burst into tears, repeating again and again 'have I done a bad thing'?" he said.

"After five minutes, the officers' jobs were done and they went on their way. We packed up and made the short walk home. My daughter sobbed all the way."

Speaking to the BBC a council spokeswoman said, "We are very sorry that this has happened. We expect our enforcement officers to show common sense and to use their powers sensibly.

"This clearly did not happen.

"The fine will be cancelled immediately and we have contacted Professor Spicer and his daughter to apologise."