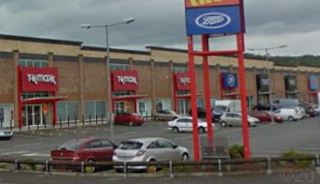 Calls have been made for the provision of public toilets at one of Letterkenny's busiest shopping areas.

Cllr. Michael McBride says an appropriate site should be identified in the area of the Letterkenny Retail Park to build such a facility, as it has been without public toilets since it was first established.

The issue is to be raised at today's sitting of the Letterkenny Municipal District.

Cllr McBride says the current situation is very unfair as the public are solely relying on the goodwill of local businesses...............