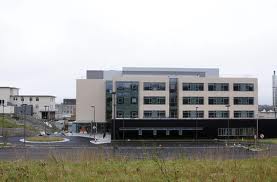 The HSE has confirmed the emergency department and medical bloc at the hospital needs fireproofing works, despite the fact that it has a modern fire alarm detection system and significant fire protection measures. However, the HSE is stressing there is no question of the building being a potential fire trap.

The works have been planned for some time, and predate the Grenfell Tower tragedy in London.

Today's Donegal News is reporting that the bloc will close on a phased basis later in the year to facilitate the works.

There are three wards on the bloc with a total of 72 beds, 48 of them single en suite rooms.