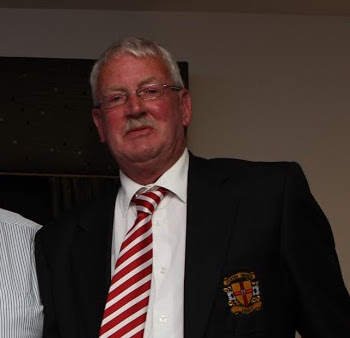 Ulster Senior League Treasurer Donal Coyle has been elected onto the executive committee of the Ulster Football Association.

At the Ulster FA AGM, held in the Mount Errigal Hotel on Tuesday night Bonagee United clubman Coyle was elected as the Vice Chairman of the provincial body.

The incumbent, Ben Wynne, was also proposed for the position but, in a vote, Coyle held sway by 26 votes to 16.

Coyle has been Ulster Senior League Treasurer since the start of the 2009 season and is Chairman of Bonagee United.

The Ulster Senior League Executive would like to congratulate Donal on his election and wish him well in the role.

“Donal Coyle is a well established administrator in the county and is a popular figure in the game,” said Ulster Senior League Chairman Johnny McCafferty.

“Donal has been an Ulster Senior League official of great renown for a number of years now and I have no doubt he will be a great asset to the Ulster FA.”

Former Ulster Senior League executive member Dessie Kelly - who is the Letterkenny Rovers Chairman - was also elected to the executive. Dessie tales over as the Ulster FA Secretary, a role he has served in the past.

The Ulster Senior League executive would also like to extend our good wishes to Dessie on his election to the officer board.