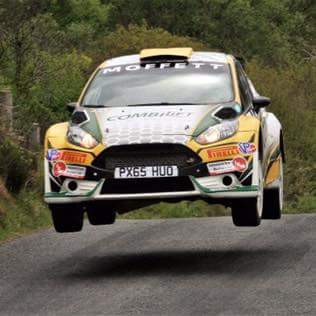 Monaghan’s Sam Moffett in a Fiesta WRC has won the Circuit of Munster Rally, round four of the Triton Showers National Rally Championship.

He finished 12.4 seconds ahead of the Ford Focus WRC of Donegal’s Donagh Kelly.

Fermanagh’s Alastair Fisher in a Fiesta R5 was a minute and 39.4 seconds further behind in third.

Declan and Brian Boyle lost a lot of time following a puncture in Stage 5 and withdrew from the rally.