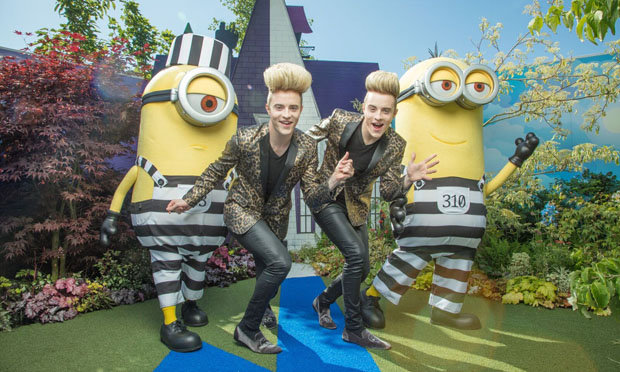 The Despicable Me 3 show garden has won a Silver Gilt Medal at Bloom Garden Festival.

Designed by horticulturist Bríd Conroy, the garden was inspired from the up-coming film Despicable Me 3, in cinemas across Ireland on June 30th.

Commenting on the medal Bríd Conway says “With themes from the up-coming film Despicable Me 3 as my bases for designing the garden, made this such a fun and exciting project to work on, and throughout the process I’ve been too busy to even consider medals so to receive a silver gilt has been so overwhelming”.

The garden highlights the contrasting personalities of Gru and his long-last twin brother Dru, who he comes face-to-face with for the first time in the new movie. The garden is split down the centre by an oversized model of an ’80s keytar belonging to new villain Balthazar Bratt, an 1980’s child star.

Jedward launched the garden yesterday and Bloom in The Park kicks off today in the Phoenix Park and runs until June 5th.

Following the mischief they got up to around Dublin earlier this week, Minions Kevin & Stuart will be at Bloom all week-end posing for photos with festival attendees.