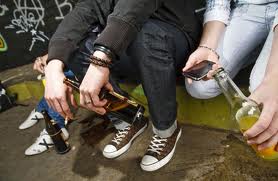 There has been strong condemnation of damage caused to property at St Eugene's Primary School in Victoria Bridge.

The police are appealing for information.