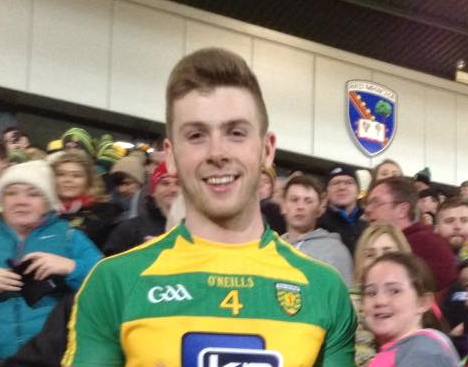 Eoghan Ban Gallagher is likely to make his first Ulster Senior Championship start for Donegal on Sunday against Antrim in Ballybofey.

After a few appearances from the bench in 2016, The Killybegs man was an ever present figure in this years league.

It’s been a busy year for Gallagher who was also involved in the Ulster winning Donegal u21 side which went to the All Ireland Semi Final.

Despite a busy year so far, Eoghan Ban has been telling Tom Comack he is enjoying his football...

Donegal v Antrim in the Ulster Championship Quarter Final will be LIVE on Highland Sunday Sport from 4pm with Oisin Kelly and Declan Bonner in association with Brian McCormick’s Sports & Leisure, Letterkenny.