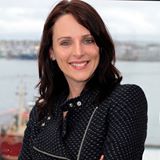 A Donegal councillor says a lack of bins at Rossknowlagh Beach may prompt people to bring their rubbish home.

Last week concerns were raised over the state Rossnowlagh beach was left in following a spate of good weather.

Reports of large amounts of litter being left by visitors angered locals in the area, prompting a community clean-up organised by Rossnowlagh Surf School.

Councillor Niamh Kennedy was one of those involved in the clean-up she says there was a great turnout with up to 40 volunteers taking part.