The first four months of this year saw the worst over-crowding in our hospitals since records began.

The Irish Nurses and Midwives Organisation says over 36,000 patients were awaiting in-patient beds in the first third of the year.

The increase was particularly stark in April, with 41 patients awaiting beds in April 2016 compared to 320 last month. Nationally, the April figure fell slightly.

The union's "Trolley Watch" figures were released as the INMO prepares to open its annual delegate conference in Wexford later today. 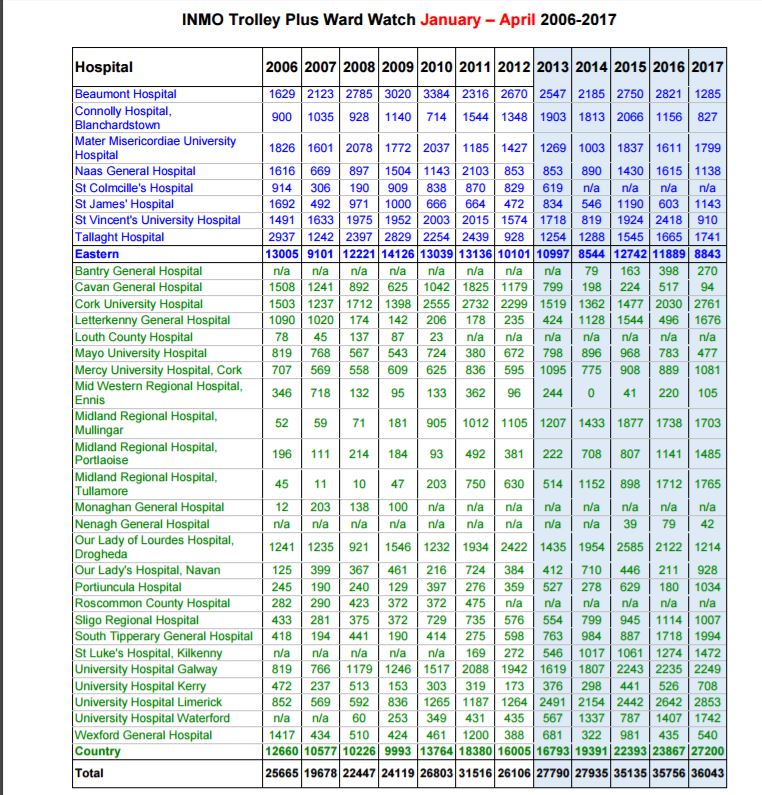 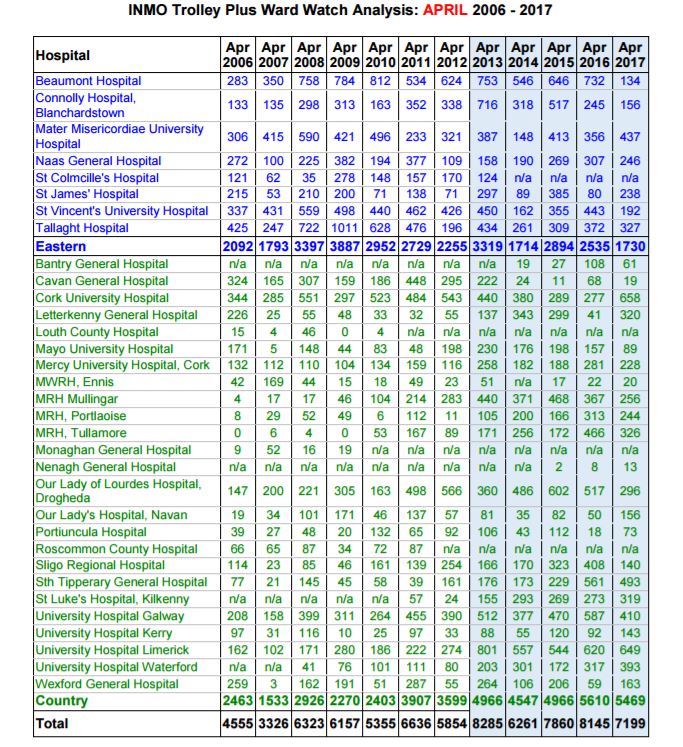