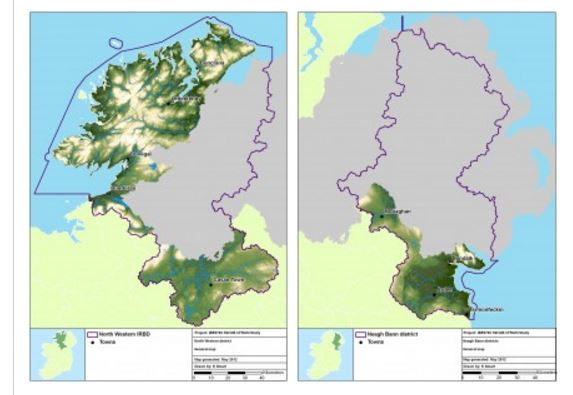 The Minister with responsibility for flood defences says we're paying for the sins of the past.

Sean Canney says all areas are being examined as the Office of Public Works warns we need to invest in flood defences, or face a 3.2 billion euro clean up bill.

Yesterday, it emerged that four areas of Donegal in need of flood defence work would not receive funding, because the cost of the work would be more than the anticipated damage. Those areas are Moville, Burnfoot, Bunbeg / Derrybeg and Convoy.

This morning, the Irish Independent reports that 964 properties in Donegal will be protected through 19 projects in the North West - Neagh Bann catchment. The works will have a total cost of almost €60 millon, the fourth most expensive plan on the drawing board at the moment.

Nationally, a home relocation scheme is now up and running for residents in areas prone to flooding.