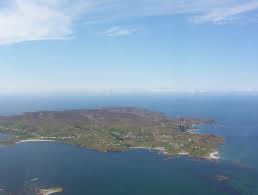 Arranmore Island is to become a green energy island as part of a Government investment of over half a million euro.

Minister Joe McHugh has announced that over €584,000 has been made available for projects across Donegal as part of a 5 year Sustainable Community Development Plan.

The Arrnamore Island Energy Committee is spearheading the project which will include sustainable devlopment for domestic and non-domestic elements, as part of the Arranmore Energy Plan 2012-2032.