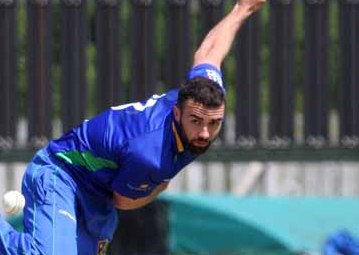 Four North West players have been named in the Ireland cricket side to play England in two one day internationals at Bristol and Lord's next month.

Andrew McBrine, Donemana, Stuart Thompson, Eglinton, Craig Young, Bready and Niall O'Brien of the North West Warriors are among the 14 man squad for the historic games on May 5th and 7th.

Boyd Rankin and Jacob Mulder miss out due to both players suffering back problems but Kevin O'Brien and Paul Sterling have been declared fit to play and William Porterfield once again captains the side.

"The opportunity to play England in England and in particular at Lord's is not only historic, but a great tribute to Irish cricket and its journey," said Ireland Head Coach John Bracewell.

"The 14 selected give us the best balance available to take on England in early May. The conditions will be as different as they could be from those we experienced against Afghanistan in India - as will the composition of the two bowling attacks, with pace being key.

"It'll be another great challenge for our players, but one everyone associated with Irish cricket can't wait for," added Bracewell.