Let's face it, if you thought Tom Hardy was hanging around your local cafe you'd be over the in a heartbeat, if only for him to read a bedtime story or two.

The actor was rumoured to be hanging around a surf cafe in Tynemouth in England over the weekend, with passersby snapping an apparent pic of the star and even the cafe themselves tweeting about it. 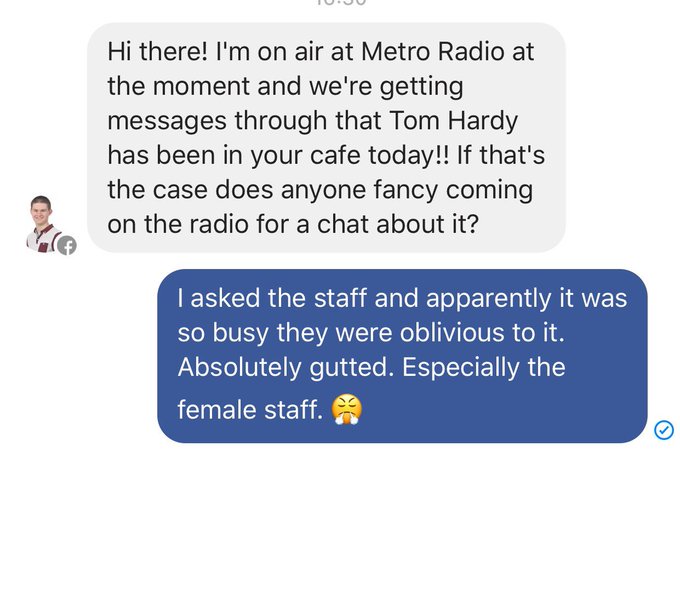 So Tom Hardy casually pops into the surf cafe today and our staff were oblivious to it. Devastated isn't the word.

Here's the pic in question... it does look remarkably like him. 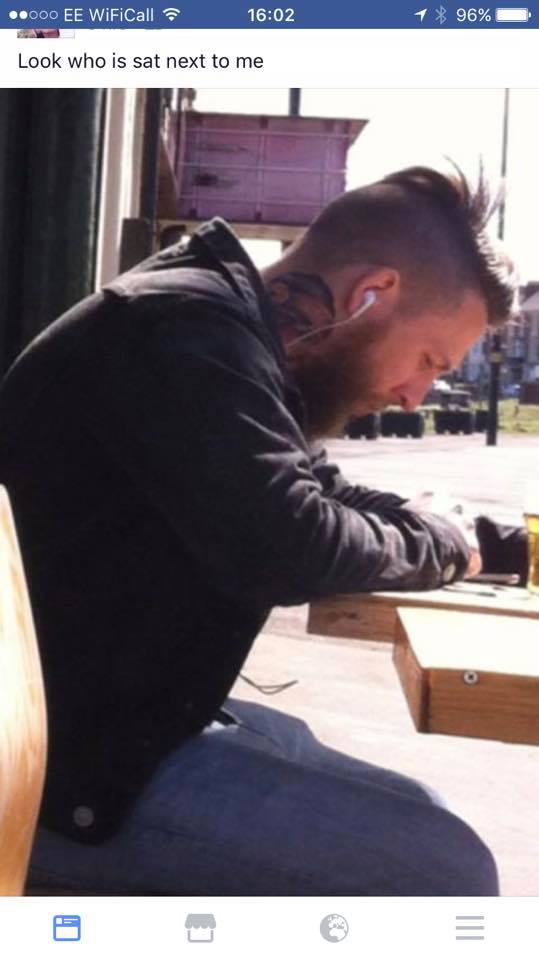 So it would appear #TomHardy OR a very good lookalike was at @SurfCafeTM this afternoon enjoying the North East sun! Did you see him around?

Unfortunately, it was not the Taboo star but a lookalike called Johnny Watson, who was just hanging around the town minding his own business only to later realise there was photos circulating of him saying that he was Tom Hardy.

The 30-year-old told The Newcastle Chronicle: "I popped in for a half earlier on and then came home and had a kip. I woke up and had a message saying Tom Hardyis in the Surf Cafe.

"So I’m just thinking to myself that I’m gutted because I was there earlier and I didn’t see him.

"Then I look at Twitter and, sure enough, everyone’s sharing a picture of me. I just thought “oh god”.

He added: "I would like to apologise to the good people of the North East for not being Tom Hardy."

Johnny also sad he didn't really see the resemblance himself, saying: "I’ve been told I look a bit like him in the past - which I don’t get really get to be honest."

Ah you do, Johnny.