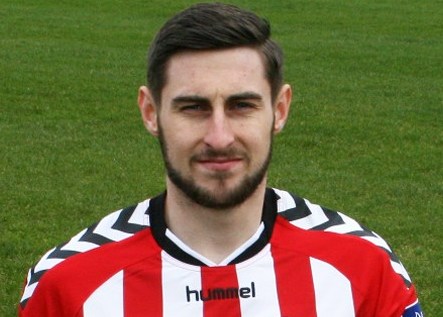 Aaron McEniff was frustrated with his side's first loss of the season at the hands of Bray Wanderers, in Maginn Park, last night.

Likewise, his teammate Aaron Barry was confused with some decisions made by the referee, especially a the two free-kicks which led to Bray goals.

Barry spoke about the difficulties of the game - it being Derry's first game since the death of captain Ryan McBride - and he said he was happy to get it over him...