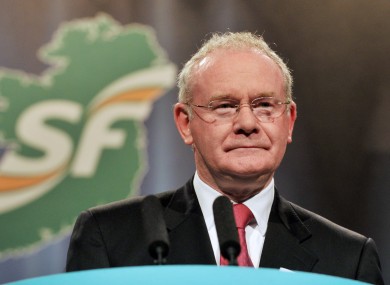 Northern Ireland's politicians have been remembering former deputy first minister Martin McGuiness with a special session of the assembly.

The 66 year old died in hospital after a short illness.

The Cathaoirleach of Donegal County Council Cllr Terence Slowey today paid tribute to Mr Mc Guinness, and Books of Condolences have opened at the council's offices across the county.

Some victims of the IRA say they'll never being able to forgive him for his former role in the leadership of the terror group.

DUP leader Arlene Foster sympathises with those relatives - but acknowledges his contribution to the peace process: