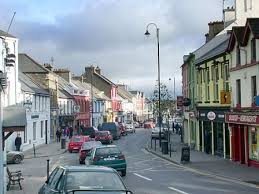 A Donegal County Councilor is calling on Transport Infrastructure Ireland to immediately release funding to improve the National Primary Road through the Twin Towns Ballybofey and Stranorlar.

Cllr Gary Doherty says he has been inundated with complaints from motorists about the state of the road with people having to dodge numerous pot holes particularly on the south-bound lane.

Cllr Doherty has made the call after what he branded a "serious deterioration" in the conditioning of the road and says he can't understand why such an important road has been let go so badly:

September 28, 2021
A man arrested under the Terrorism Act in Derry on Sunday over the attempted murder of a female member of police staff and part...