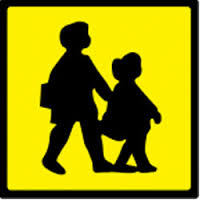 Funding has been announced to provide additional facilities at three Donegal schools.

Minister Joe McHugh has welcomed the news which will benefit schools in Buncrana, Arranmore and Gaoth Dobhair.

No details of the amount of funding are available yet however, the School Building Unit is due to issue details of the grant aid to the relevant schools.

The funding will go towards a new woodwork room and associated electrical works at Gairmscoil Mhic Diarmada Árainn Mhór.

The Minister has also confirmed that emergency works funding has been released to Scoil Phadraig, Bunbeg, Gaoth Dohair which will be used for mechanical works.

Letters are due to be issued by the School Building Unit in which the amount of grant aid will be specified.

In welcoming the news Minister McHugh says he is delighted to announce the funding as the schools concerned had been waiting some time for the funding.