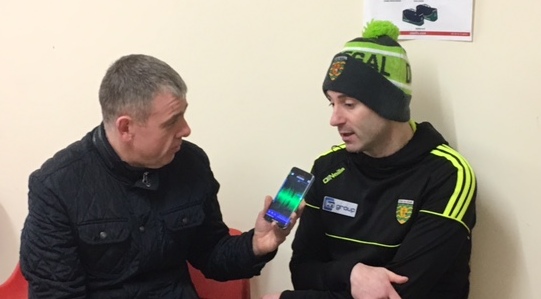 Donegal sit joint top of Division One in the National Football League with Dublin and Tyrone after Saturday nights over Tyrone in Ballybofey.

Donegal were on the pace from early in the first half to run out comfortable winners by seven points.

Once again Ciaran Thompson was to the fore for Donegal and Ryan McHugh was very impressive as they dominated their neighbours.

Donegal remain on course for a place in the league final with two games to play, next up is a home game in Ballyshannon against Monaghan on Sunday week.

Donegal manager Rory Gallagher told Oisin Kelly he was delighted with his sides performance in difficult conditions in Ballybofey...