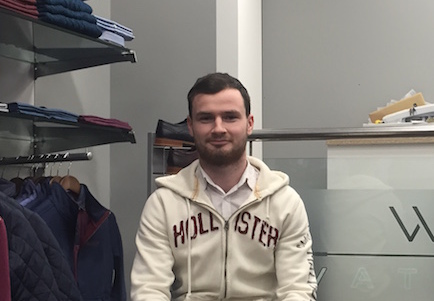 Cockhill Celtic player Peter Doherty has been nominated for the Intermediate Player of the Year Award ahead of the ‘Three’ FAI International Football Awards on Sunday.

Doherty is nominated following his displays for the Ulster Senior League representative side at the Intermediate Interprovincials in Cork.

The Cockhill defender was named as the captain of the Ulster Senior League team and had a fine weekend in Cork where the USL side narrowly missed out on winning the Michael Ward Trophy.

Wins over Leinster (3-1) and Connacht (2-0) gave the USL a real chance of winning the prize, but Peter Moran’s men had the Cup snatched from their grasp with a 2-0 defeat to hosts Munster on the final day.

“The Ulster Senior League executive would like to wish Peter all the best for Sunday’s awards ceremony,” said USL Chairman Johnny McCafferty.

“Peter was a great ambassador for the Ulster Senior League during the interprovincials in Cork and his performances that weekend have deservedly led to this nomination. Everyone in the League, I’m sure, will be rooting for Peter on Sunday night.”
.