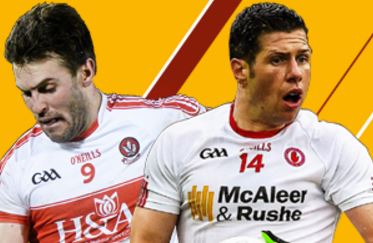 Tyrone and Derry have both named their teams for their Allianz National Football League games this weekend.

Tyrone are to play Cavan in Division One.

Mattie Donnelly will be kept in reserve, despite being cleared to play following a concussion protocol.

He missed the draw with Dublin two weeks ago due to a head injury suffered in the opening day win against Roscommon.

Goalkeeper Conor McClarnon comes in for his league debut and Niall Keenan replaces Ronan Murphy at corner back.