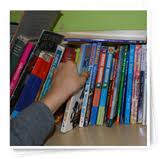 Planning permission for a new state of the art primary school has been granted for Schoil Iosagain in Buncrana.

The new facility is to house 600 - 700 pupils with a number of mainstream classes for children with severe and profound learning disabilities.

The current school building is among the oldest campuses in Ireland and has been deemed inadequate for some time.

Plans for the new school were first announced in 2011 with efforts made since to get the green light.

Local Councillor Rena Donaghey says it's important now to get the project underway: