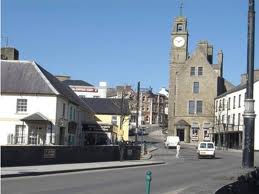 A father and daughter appeared at Ballyshannon District Court today charged with offences linked to a disturbance outside a pub in the town 12 days ago.

Gerard Brady, 56, and his daughter Guannita Brady, 29, were charged with assaulting Rebecca Kennedy and causing her harm at Market St, Ballyshannon, on February 5

They were also accused of assaulting Simon Ferris and breach of the peace on the same occasion.

They were remanded on bail to April 7.