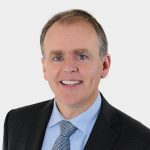 Junior Minister Joe McHugh has called on the Health Minister to fund community hospitals in Donegal.

At a meeting with Simon Harris, Minister Mc Hugh urged him to allocate monies from the national capital fund to retain and enhance services in Lifford, Stranorlar and Ramelton. This, he added, should happen alongside the development of a new 120-bed community hospital in Letterkenny.

The original HSE proposal suggests the three community hospitals would close, with beds being transferred to the new Letterkenny facility.

However Minister McHugh has confirmed he has told the Health Minister that all the units should be retained alongside a new Letterkenny Community Hospital.