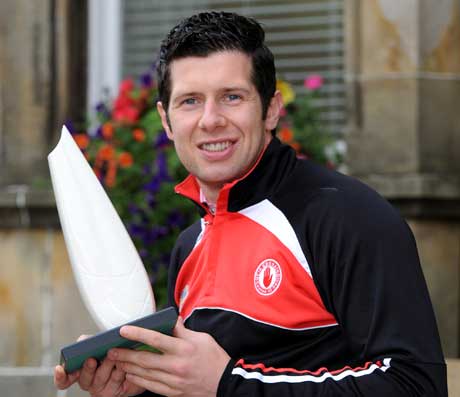 Sean Cavanagh has indicated 2017 will be the last for him in a Tyrone shirt.

The five time All Star says his “99pc sure” he’s ready to bring the curtain down on his inter county career and he doesn’t see himself playing next year.

Cavanagh said “I know it will be more difficult next year and the year after so I have it in my head that this is it”.

The Moy man made his debut in 2002 and over sixteen campaigns has won three All Ireland’s, four Ulster and two League titles.