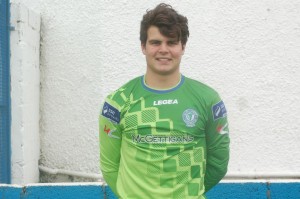 The Republic of Ireland U19 side went down to a disappointing 3-1 defeat by Slovakia at the 12th U19 National Team Tournament in La Manga, Spain on Tuesday.

Finn Harps Lee McCarron played in goals for the Republic.

The Inishowen man was called into action on several occasions, pulling of a few excellent saves but the line in front of him was caught out on short corners for two of the goals.

Both sides ended up being reduced to ten men in a scrappy encounter which brought the tournament to a close for Tom Mohan's side.

The highlight of the four-team event from an Irish perspective was Sunday's 1-0 win over Portugal.

Ireland's focus now will be on next month's UEFA Elite Qualifying Round when they have a tough draw including Italy, Sweden and Belgium, who will host the mini-tournament.

Irish head coach Mohan was disappointed with the result but felt that the week at La Manga will prove beneficial in preparation for next month's challenge.