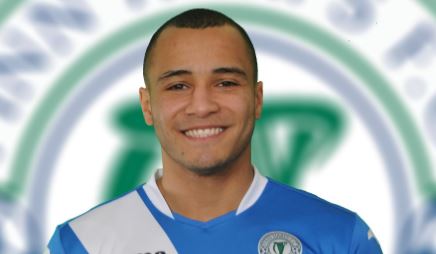 Finn Harps player Ethan Boyle (pictured)  impressed for the Republic of Ireland home based squad in a friendly against the Irish Amateur side yesterday at the AUL Complex in Dublin. Fellow Harps player Harry Doherty also featured as a sub keeper in the game, which U21 manager Noel King was using to get a look at League of Ireland players ahead of the upcoming UEFA Championship qualifiers which begins with a match against Kosovo next month.

The versatile Boyle impressed in a midfield role during yesterday’s friendly fixture. The inclusion of both Boyle and Doherty in the international home based squad comes after two Finn Harps U19 players keeper Jamie Bell and Shane Blaney were named on the Republic of Ireland Schoolboys squad for the Centenary Shield which kicks-off next Thursday against Wales at the Home Farm grounds in Dublin.

Meanwhile, another Harps keeper Lee McCarron is currently with the Republic of Ireland U19 squad who are taking part in an Invitational Tournament in La Manga. Today the U19s, managed by former Harps player Tom Mohan, recorded a 1-0 win over Portugal in La Manga. The Irish, who lost their first game against Norway, now play Slovakia in a final group match on Tuesday (kick-off 12.00).