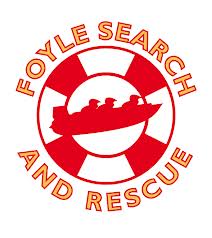 As searches continue for missing Derry man, Jack Glenn Foyle Search and Rescue have attended to two reports this week that a person had gone over the railings near River Foyle.

Last week it was reported that a male had entered the water on Sunday while searches were being carried out. He was transferred to Foyle Search and Rescue's Prehen Base and on to hospital.

At 10 past 3 on Thursday afternoon last Foyle Search and Rescue were tasked by the PSNI to a report that a person had gone over the railings.

A Boat Crew, Jetski and mobile unit responded and a male was removed and returned to safety.

Yesterday at 4:50pm the PSNI again contacted the rescue service, calling for immediate resistance following reports that another person had gone over the railings.

Foyle Search and Rescue's mobile Unit along with 2 Boats responded from Prehen Base.

On arrival members of the Public and NIAS had returned a female to the right side of the railings.

PSNI were also in attendance with female removed to an awaiting Ambulance.