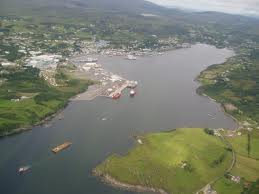 The Minister for Agriculture, Food and the Marine, Michael Creed announced today that Killybegs Harbour is to receive €6.2 million for upgrade works.

As part of the 2017 Fishery Harbour and Coastal Infrastructure Capital Programme, €28 million has been made available nationwide for Ireland's Local Authority owned small harbour network.

€5 million of the funding allocated for Killybegs Harbour will go towards work including a 120m quay extension.

The remaining €1.2 million is for works connected to the small marine facility and electrics on the harbour.

However, although welcoming the news, Donegal Deputy, Pat the Cope Gallagher says more needs to be done with smaller harbours and piers throughout the county: