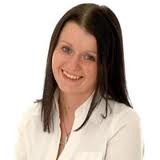 Donegal County Council is to put in place a management plan which is hoped will change the controversial process of applying for aquaculture licenses.

There have been a number of cases in West Donegal in recent years in which locals claim to not have been made aware of, or received late notice of, applications for the development of major shellfish farms.

Councillor Marie Therese Gallagher says the current process of applying for a licence has caused anger, confusion and divisions within communities.

She's welcoming the council's commitment to take a lead on the issue....