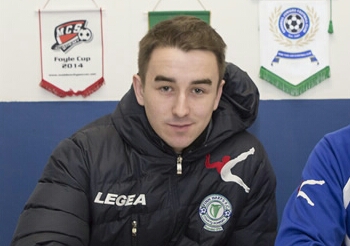 Finn Harps Football Club has confirmed this week that Ryan McConnell has joined Irish League side Ballinamallard on a permanent contract.

The Letterkenny man had moved to the Co. Fermanagh club on a six-month loan arrangement in August.

Ollie Horgan signed the former Manchester United Academy defender prior to the start of the 2016 season. “Finn Harps would like to wish Ryan the best of luck with Ballinamallard United and thank him for his service to our Club as a member of the first team squad during the first half of last season.”

Ryan made 25 appearances this season for United and scored 1 goal.