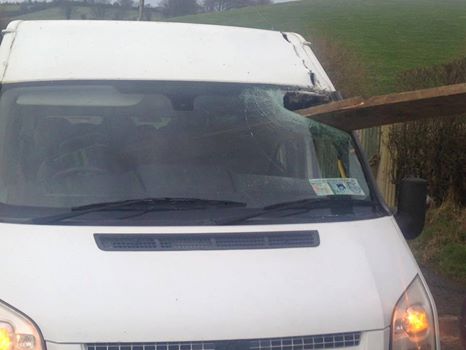 A number of children and a bus driver have had a close escape when a large wooden plank from a passing van plummeted through the front windscreen of their bus.

The accident occurred at Garshooey, between Killea and Carrigans, at around 3 pm yesterday afternoon.

The bus was stopped at the time letting a child off when the incident happened.

The driver of the bus, Brendan McGee has been recalling the event says it's difficult to come to terms with what could have happened: