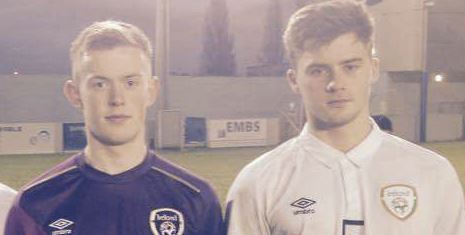 Finn Harps U19 squad members Shane Blaney and Jamie Bell both featured for the Republic of Ireland Schools side who lost 2-0 Australia at the weekend in an international friendly at Home Farm in Dublin.

The game is in preparation for the Centenary Shield, which begins for the Irish on the 16th February against Wales.

Versatile Blaney, a student at St. Eunan’s College, who can play in defence or midfield, started against the Aussies while goalkeeper Bell played the last half-hour.