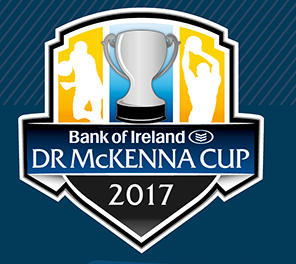 The semi final line-up in the Dr. McKenna Cup was completed on Wednesday night.

Next up for Mickey Harte's side are Fermanagh on Sunday in Clones, after they beat Antrim 0-19 to 0-5 to progress to the last-4 as the best runners up.

In the other Section C game Cavan lost to Martin McHugh's Ulster University by four points.

Derry will face Monaghan in Sunday's second semi at the Athletic Grounds in Armagh.

Derry were too strong for Queen's, beating the students on a 2-20 to 0-6 scoreline.

Derry topped Section A on a better scoring average than Armagh and Down.