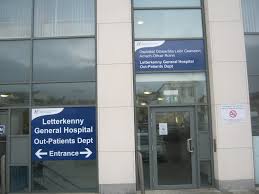 It's been revealed that there were over 7,000 outpatient cancellations at Letterkenny University Hospital last year.

The figures released through parliamentary question to Donegal Senator Padraig Mac Lochlainn have also revealed that his has increased from 5,340 cancellations in 2013

The news comes following last week's confirmation that the full capacity protocol was deployed over 100 times at the hospital in 2016.

Senator Mac Lochlainn says this trend will continue unless the Government get the message:

Tensions are rising amid a spike in the number of patients on trolleys and chairs - there have been more than 500 for the past three days in a row nationally, with 36 yesterday at Letterkenny University Hospital.

90 percent of the INMO's membership has voted in favour of industrial action.

General Secretary Liam Doran says they met with the Government and the HSE last night. They've been promised a written response to their concerns within a week.