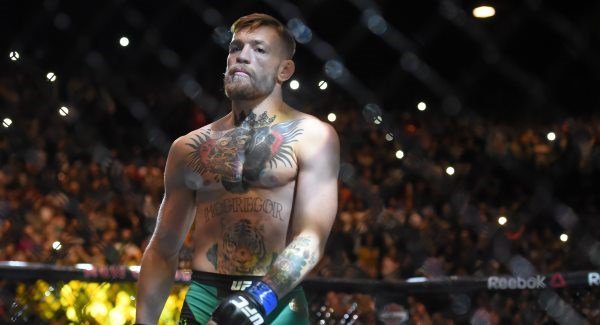 Mixed martial arts, the sport made popular by Conor McGregor, may be officially recognised by Sports Ireland to ensure the safety of those involved.

Sports Minister Patrick O’Donovan confirmed the move is being considered in response to the death last year of a competitor in a Dublin bout from blunt force trauma to the brain.

Speaking to the Irish Examiner after Taoiseach Enda Kenny broke his silence over the sport at Christmas to say he is a fan of Mr McGregor’s achievements, Mr O’Donovan said the popularity of mixed martial arts means that it cannot continue to be ignored.

While declining to comment on whether he is a supporter of the growth of the sport — which sees two athletes enter a caged ring before taking part in an often brutal mixed martial arts fight that regularly leaves participants unconscious — the sports minister said it has undeniably gained a significant following in recent years.

And while the move may prove unpopular, he said that as a result of this interest Irish sports officials may need to consider officially recognising mixed martial arts in a bid to ensure those taking part are not putting their own health and safety at risk.

“He [Conor McGregor] has a huge following, a big fan base. Mixed martial arts are in discussions at the moment with Sport Ireland with where they want to pitch themselves, they’re in that on foot of discussions I’ve had with Sports Ireland,” the minister said.

“When I came in as minister I asked them to look at this and see how we’re going to structure a link and relationship.

“The most important thing we have to do as a State is that if something is considered a sport it has to be safe and if measures have to be taken to protect somebody’s safety then they should be.

“We’ve already seen a fatality, and it was so regrettable. Nobody wants to be in a situation where there is a question mark over safety,” he said.

Mr O’Donovan’s comments came after Taoiseach Enda Kenny told reporters over Christmas that he is a fan of “no nonsense” athlete Conor McGregor.

Asked to comment on the Dubliner as he was named RTÉ Sports Personality of the Year, the Fine Gael leader — who has notably not publicly congratulated Mr McGregor on his achievements in the past, unlike other Irish sports people — said he was a “world superstar”.

A subsequent inquest held last month confirmed that Mr Carvalho, who was 28, died from acute subdural haemorrhage caused by blunt force trauma to the brain.

He died at Beaumont Hospital.