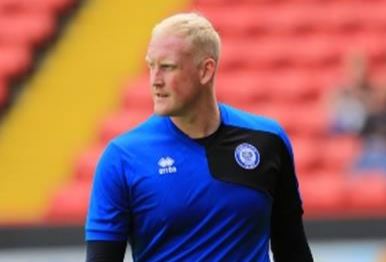 Conrad Logan is staying with Rochdale until the end of the season.

The Ramelton mans short term deal was to due to expire after this Saturday's FA Cup game away to Barrow.

Logan's recent good form has seen him help his side move into fourth in the League One standings.

The goalkeeper returned to the club for a second spell in August and has made 14 appearances in all competitions during this campaign.

Logan told the Rochdale club website: “I’m really pleased to have signed until the end of the season.

“I enjoyed it when I was here previously and I’ve really enjoyed it since I’ve been back. Everyone is enjoying their football and we’ve got good support from the fans, too.

“The bunch of lads that are here, the management and the staff all work hard to try and achieve, and we’re reaping the benefits of that now.”

nominations were published earlier this week.