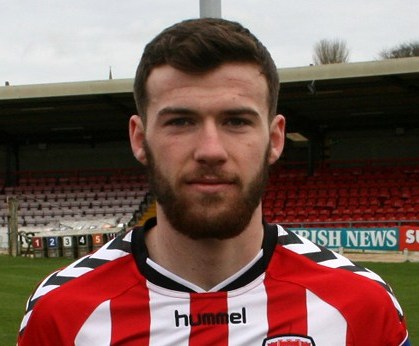 Patrick McClean has signed up with Waterford United for the 2017 League of Ireland First Division season.

The 20-year-old is the younger brother of Republic of Ireland star James and joins the club from Derry City.

McClean made 13 appearances for the Candystrips in 2016 and is comfortable playing at left-back or centre half.

He was one of four new signings announced on Tuesday by the club, the other three are Keeper Matthew Connor , Gary Delaney and Anthony McAlavey.

On Monday, Waterford also confirmed the appointments of Pat Fenlon as Director of Football and Alan Reynolds as Head Coach.

More players will be confirmed in the coming days.

August 4, 2021
People are being asked not to go to work, go out for dinner or visit friends if they have Covid-19 symptoms, even if vaccinated. The...