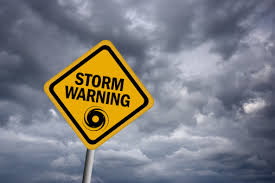 The Road Safety Authority is asking road users to exercise caution while using the roads tomorrow, as Met Éireann have issued an Orange wind warning for western coastal regions.

Donegal, Mayo and Galway expected to be worst affected with gusts of up to 120 km/h expected.

The RSA is asking road users to check local weather and traffic conditions and be aware of the conditions before setting out on a trip.

The RSA has the following advice for road users:

With added risks posed by wet or flooded roads the RSA has the following advice;