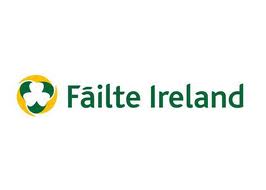 Fáilte Ireland has announced over 1.6 million euro in funding for festivals in 2017, €105,000 of which is coming to Donegal.

The money is going to 16 different events across the country - with Dublin's St Patrick's festival receiving the largest portion of the pot at one million euro.

It will see the organisation assist in the development of 4 additional festivals in off-peak seasons across County Donegal including the Letterkenny Traditional Week in January, Distorted Perspectives in April, the Donegal Bay & Bluestacks Festival in October and Creative Frontiers in December.

Elsewhere in today's allocation - €40,000 has been granted to the Rory Gallagher Festival in Ballyshannon and €20,000 goes to the Sea Sessions in Bundoran.

The Donegal Rally has received an allocation €15,000