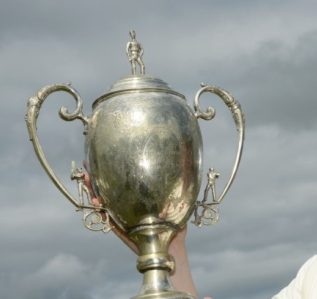 Donemana have been handed a difficult start in their quest for a sixth successive Bank of Ireland Senior Cup crown with Ricky-Lee Dougherty's side landing an away tie at Eglinton in Wednesday morning's first round draw.

It's a repeat of the 2015 final which the Tyrone side won after a fairly protracted battle- a game remembered for some superb new ball bowling from both teams.

Little doubt the Holm men would have been hoping for something a bit handier to get them up and running and while not the tie the villagers would have chosen either, home advantage could well even it up.

Elsewhere, last season's beaten finalists Coleraine will start favourites at home to nearest neighbours Drummond while Brigade will also fancy their chances down at Ballyspallen.

Bready, the last team to lower the holders' colours in the 2011 final make the trip up to Bonds Glen while newly promoted Fox Lodge will make the short journey to Killyclooney for their opener.

There's an intriguing all- Championship tie at Foyle College where Newbuildings entertain their former landlords Glendermott- two sides expected to be competing at the business end of next season's promotion race.

Relegated Strabane will be happy enough with the very short journey to Burndennett while the final tie sees Ardmore host the last second-tier team to win the cup, St Johnston.